8 Ways To Get People To Take You More Seriously 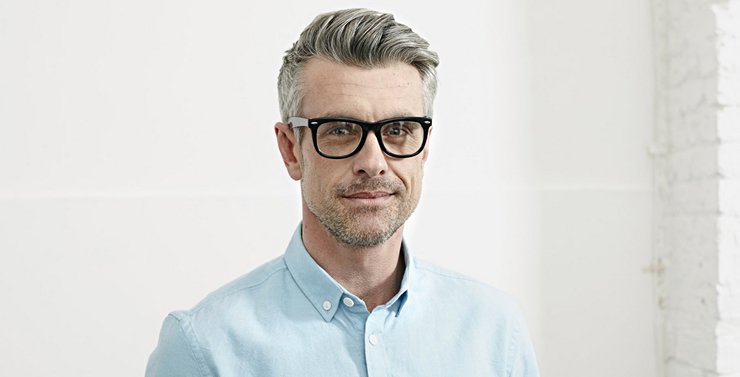 Do you ever feel like nobody takes you seriously at work? If so, you’re not alone. More than 50% of people don’t feel respected at work, according to a global survey of more than 20,000 employees by the Harvard Business Review.

Maybe colleagues ignore your input in meetings. Perhaps they interrupt you or don’t include you in important decisions. It’s easy to blame that on a bad boss or a toxic work environment. In some cases, that’s even true. But if you really want to be taken more seriously at work, you should start by looking in the mirror and doing what you can to increase your influence.

There are eight things you can do right now to increase your credibility, get people to take you more seriously, and ensure you get treated with the respect you deserve.

1. Don’t let your statements sound like questions. One of the most common things people do to undermine their credibility is end their sentences on a higher inflection than where they started. It’s called “upspeak,” and our brains are trained to interpret that pattern as a question. So instead of delivering information, you end up sounding like you’re asking if your own input is correct. And people notice. In a survey of 700 managers by Pearson, 85% considered upspeak to be a sign of insecurity and emotional weakness, and 44% said they mark job candidates down by as much as a third for using upspeak. That’s one habit you should break right now to give yourself an instant credibility boost.

2. Don’t just give reports—tell stories. The most successful TED talks follow a magic formula—they are 75% stories and 25% data backing up those stories. Stories provide an emotional hook that helps people remember what you said, and they give you a platform for connecting your knowledge to the real world. There’s a huge difference between memorizing mathematical formulas, for example, and being able to use them to calculate whether a particularly dangerous asteroid is going to hit us in our lifetime. Stories help people take you seriously because they demonstrate that you can apply what you know.

4. Do your homework. One of the best ways to get people to take you seriously is to be prepared and know what you’re talking about. Americans attend 11 million meetings every day, and unproductive meetings cost the US economy $37 billion every year. Why are there so many unproductive meetings? Because people are unprepared. Don’t be one of them. Whether it’s a team meeting or briefing your boss, always take the time to prepare. Know what you want to say, be able to back up your opinions with data, and be prepared to answer questions two or three levels down.

5. Stay informed. If you look at the employee handbook for tech company Valve, it says that it looks for “T-shaped” employees: people who have a lot of broad knowledge layered on top of their primary area of expertise. Do whatever it takes to keep up with what’s going on in the world. It’s particularly important to stay abreast of trends in science and technology, especially as they relate to business. You don’t want to look like a deer in the headlights when somebody starts talking about how the Internet of Things is going to transform manufacturing.

6. Dress for success. Fair or not, we judge people on their appearances every single day. And it happens so fast—in about a tenth of a millisecond, according to researchers at Princeton—that we don’t even realize we’re doing it. We make inferences about a person’s character and capabilities based on appearance. If your appearance is sloppy, for example, people are likely to subconsciously conclude that your work will be sloppy too. Looking polished and well-groomed, on the other hand, creates the impression of responsibility and competence. That doesn’t mean you have to rush out and blow your budget on a designer wardrobe. But it does mean that you should show enough respect for yourself and for your colleagues to make a substantial effort.

7. Strike a power pose. If you assume an expansive pose—taking up more room by keeping your shoulders open and your arms wide—other people see you as more powerful. This is a hard-wired human characteristic, as people who have been blind since birth throw their arms out in victory, even though they’ve never seen someone do this. Moreover, power poses actually change our body chemistry. Researchers at Harvard found that after participants held a power pose for just two minutes, their levels of testosterone rose by 20% and their cortisol (the stress hormone) levels dropped. Power poses are a win-win: they make other people see you as more powerful, and they actually make you feel more powerful.

If you feel like you don’t get the respect you deserve at work, nobody can change that but you. Sometimes people don’t take you seriously because of little things that you don’t even realize you’re doing. And that’s something you can fix.