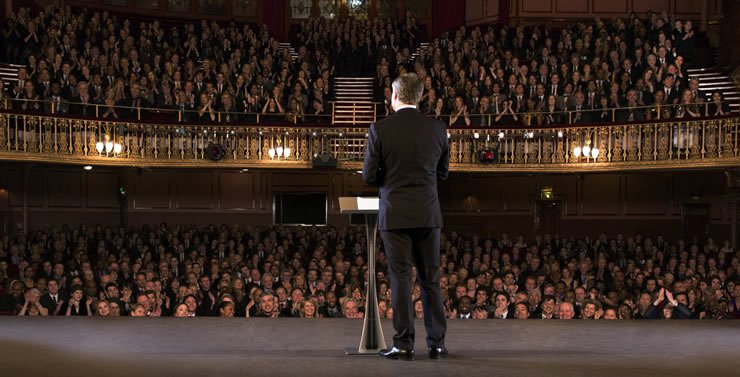 Power gets a bad rap, but only because people pursue it for the wrong reasons. When power is pursued for the right reasons, it can be a tremendous force for good.

Niccolo Machiavelli spread the belief that people can only become powerful by exploiting the worst aspects of human nature. One of this teachings was, “A wise ruler ought never to keep faith when by doing so it would be against his interests.” Machiavelli was essentially saying that you’re an idiot if you keep your promises or stick to your values when you’d benefit more by breaking them.

Not only did we hear it from Machiavelli, but also from plenty of voices in our own time, such as Robert Greene, who said, “The key to power is the ability to judge who is best able to further your interests in all situations.” It’s no wonder so many people think that the only way to get power is to be a jerk.

Fortunately, Machiavelli and Greene had something in common: They were both wrong. Recent research from UC Berkeley shows that when it comes to power, nice guys finish first. The researchers found that the most powerful people (according to ratings from their peers) were those who were the most considerate and outgoing. They also found that those who were the most Machiavellian—using things like gossip and manipulation to gain power—were quickly identified and isolated and ended up with no power at all.

Studies like these are rehabilitating power’s bad rap. Power isn’t inherently evil, and it isn’t inherently bad to seek power. Without power, you can’t accomplish anything, good or evil. Even those who want nothing more than to make the world a better place, can’t do so without exerting the influence of personal power. It’s the abuse of power and the underhanded things people do to achieve it that cause problems.

People who earn and use power wisely have a profound impact on everyone they encounter. Yet, they achieve this power only because they exert so much influence inside, on themselves. We see only their outside; we see them innovate, speak their mind, and propel themselves forward toward bigger and better things. Yet, we’re missing the best part. The confidence and wherewithal that make their influence possible are earned.

And while what people are influenced by changes with the season, the unique habits of powerful people remain constant. Their focused pursuit of excellence is driven by eleven habits, which you can emulate and absorb until your power and influence expand:

1. They don’t wait for a title to lead. It’s important not to confuse power with authority. The right title can give you authority, but it can’t give you power. On the other hand, you don’t need a title to be powerful. You can lead without being a boss and you can have a powerful influence upon your workplace and community without a title.

2. They’re graciously disruptive. Powerful people are never satisfied with the status quo. They’re the ones who constantly ask, “What if?” and “Why not?” They’re not afraid to challenge conventional wisdom, and they don’t disrupt things for the sake of being disruptive; they do so to make things better.

3. They think for themselves. Powerful people aren’t buffeted by the latest trend or by public opinion. They form their opinions carefully, based on the facts. They’re more than willing to change their mind when the facts support it, but they aren’t influenced by what other people think, only by what they know.

4. They focus only on what really matters. Powerful people aren’t distracted by trivialities. They’re able to cut through the static and clutter, focus on what matters, and point it out to everyone else. They speak only when they have something important to say, and they never bore people with idle banter.

5. They master conflict. People tend to err on one of two extremes when it comes to conflict: some are passive and avoid conflict altogether, while others seek out conflict aggressively, thinking that this will make them powerful. People who master conflict know how to approach it directly and assertively, yet constructively. Truly powerful people do not react emotionally and defensively to dissenting opinions—they welcome them. They’re humble enough to know that they don’t know everything and that someone else might see something they missed. And if that person is right, they embrace the idea wholeheartedly, because they care more about the end result than being right.

6. They inspire conversation. When powerful people speak, their words spread like ripples in a pond. Influencers inspire everyone around them to explore new ideas and to think differently about their work.

7. They know their strengths and weaknesses. People who get seduced by power and, therefore, start abusing it are often blind to their own weaknesses. To become truly powerful, you have to see yourself as you really are and to position yourself to use your strengths for the greater good. That means taking a clear-eyed look at your strengths and your weaknesses and owning them both completely.

8. They grow and leverage their networks. Those who grow power the Machiavellian way don’t bother with people who aren’t useful to them. People see this coming a mile away, and it doesn’t win any friends. Truly powerful people know how to make lasting connections. Not only do they know a lot of people, they get to know their connections’ connections. More importantly, they add value to everyone in their network. They share advice and know how, and they make connections between people who should get to know each other.

9. They ask for help when they need it. It’s easy to mistakenly assume that powerful people never ask for help from anybody. Asking for help when you don’t know the answer or can’t do it all by yourself is not a sign of weakness; it’s a sign of strength. It sends the message that you’re not so insecure as to put your ego above the mission. It takes a tremendous amount of confidence and humility to admit that you need assistance, and asking for assistance is critical, because there’s nothing worse than trucking down the wrong path when you’re too embarrassed or proud to admit that you don’t know what you’re doing.

11. They do it now. Way back in 1894, Orison Swett Marden made an important point: “Don’t wait for extraordinary opportunities. Seek common occasions and make them great. Weak men wait for opportunities. Strong men make them.” If you put off growing your power until the right opportunity comes along, it’s never going to happen. Powerful people know that developing power is a lot like lifting weights or running a 5K. The only way to strengthen those muscles is by using them, so stop making excuses and just start. You know what you believe in, you know who you are, and you know what you want to become, so act like it. Yes, it will be uncomfortable at times, and yes, some people will tell you you’re doing it wrong, but the only way to achieve power and use it for good is to get out there and do it.

Boris Yeltsin once said, “You can make a throne of bayonets, but you can’t sit on it for very long.” Forget everything you’ve heard about power, because, in the end, the nice guys really do win. Whether you call it power or influence, it’s okay to want it and it’s okay to have it. You just have to pursue it and use it with integrity.