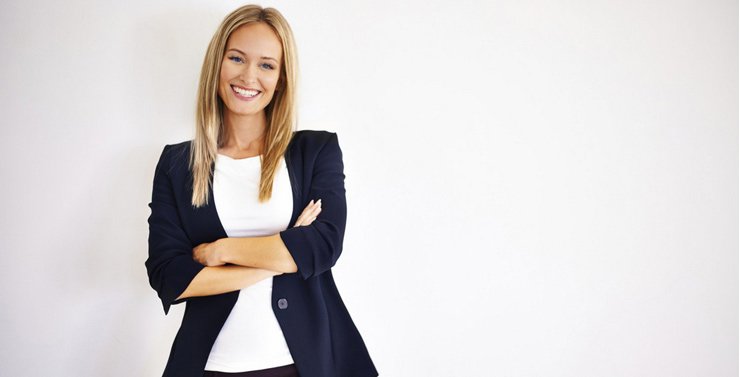 When it comes to success, it’s easy to think that people blessed with brains are inevitably going to leave the rest of us in the dust, but social psychologist Amy Cuddy knows first-hand how attitude can outweigh IQ.

Cuddy suffered a car accident at the age of 19 which resulted in brain damage that took 30 points from her IQ. Before the crash Cuddy had an IQ near genius levels; her post-crash IQ was just average.

As someone who had always built her identity around her intelligence, the significant dip in Cuddy’s IQ left her feeling powerless and unconfident. Despite her brain damage, she slowly made her way through college and even got accepted into the graduate program at Princeton.

Once at Princeton, Cuddy struggled until she discovered that it was her lack of confidence that was holding her back, not her lack of brainpower. This was especially true during difficult conversations, presentations, and other high-pressure, highly important moments.

This discovery led Cuddy, now a Harvard psychologist, to devote her studies to the impact body language has on your confidence, influence, and, ultimately, success. Her biggest findings center on the powerful effects of positive body language. Positive body language includes things like appropriate eye contact, active engagement/listening, and targeted gestures that accentuate the message you’re trying to convey. Studies show that people who use positive body language are more likable, competent, persuasive, and emotionally intelligent.

Here’s how it works:

2. It increases testosterone. When you think of testosterone, it’s easy to focus on sports and competition, but testosterone’s importance covers much more than athletics. Whether you are a man or a woman, testosterone improves your confidence and causes other people to see you as more trustworthy and positive. Research shows that positive body language increases your testosterone levels by 20%.

4. It creates a powerful combination. While a decrease in cortisol or an increase in testosterone is great on its own, the two together are a powerful combination that is typically seen among people in positions of power. This combination creates the confidence and clarity of mind that are ideal for dealing with tight deadlines, tough decisions, and massive volumes of work. People who are naturally high in testosterone and low in cortisol are known to thrive under pressure. Of course, you can use positive body language to make yourself this way even if it doesn’t happen naturally.

5. It makes you more likeable. In a Tufts University study, subjects watched soundless clips of physicians interacting with their patients. Just by observing the physicians’ body language, subjects were able to guess which physicians ended up getting sued by their patients. Body language is a huge factor in how you’re perceived and can be more important than your tone of voice or even what you say. Learning to use positive body language will make people like you and trust you more.

6. It conveys competence. In a study conducted at Princeton, researchers found that a one-second clip of candidates for senator or governor was enough for people to accurately predict which candidate was elected. While this may not increase your faith in the voting process, it does show that perception of competence has a strong foundation in body language.

7. It’s a powerful tool in negotiation (even virtually). There’s no question that body language plays a huge role in your ability to persuade others to your way of thinking. Researchers studying the phenomenon in virtual communication found that body language in video conferencing played an important role in the outcome of negotiations.

We often think of body language as the result of our attitude or how we feel. This is true, but psychologists have also shown that the reverse is true: changing your body language changes your attitude.