8 Small Things People Use To Judge Your Personality 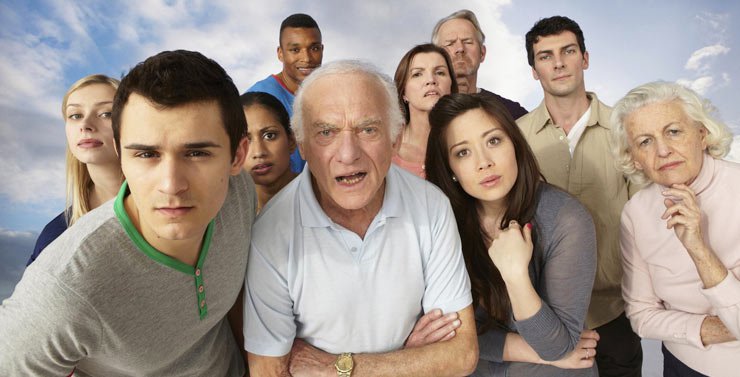 The human brain is hardwired to judge. This survival mechanism makes it very hard to meet someone without evaluating and interpreting their behavior.

While we tend to think that our judgments are based on the content of conversations and other obvious behaviors, the research says otherwise. In fact, the majority of our judgments are focused on smaller, subtler things, such as handshakes and body language. We often form complete opinions about people based solely on these behaviors.

We are so good at judging other people’s personalities based on small things that, in a University of Kansas study, subjects accurately predicted people’s personality traits, such as extroversion/introversion, emotional stability, agreeableness, conscientiousness, and openness, simply by looking at pictures of the shoes they wore.

Our unconscious behaviors have a language of their own, and their words aren’t always kind. These behaviors have likely become an integral part of who you are, and if you don’t spend much time thinking about them, now is a good time to start, because they could be sabotaging your career.

1. How you treat waiters and receptionists. How you treat support staff is so indicative of your makeup that it has become a common interview tactic. By gauging how you interact with support staff on your way in and out of the building, interviewers get a sense for how you treat people in general. Most people act the part when they’re speaking to the hiring manager or other “important” people, but some will pull a Jekyll and Hyde act the moment they walk out the door, treating others with disdain or indifference. Business lunches are another place this comes to light. No matter how nice you are to the people you have lunch with, it’s all for naught if those people witness you behaving badly toward others.

2. How often you check your phone. There’s nothing more frustrating than someone pulling out their phone mid-conversation. Doing so conveys a lack of respect, attention, listening skills, and willpower. Unless it’s an emergency, it’s wise to keep your phone holstered. A study from Elon University confirms that pulling out your phone during a conversation lowers both the quality and quantity of face-to-face interactions.

3. Repetitive, nervous habits. Touching your nails or face or picking at your skin typically indicates that you’re nervous, overwhelmed, and not in control. Research from the University of Michigan suggests that these nervous habits are indicative of a perfectionistic personality, and that perfectionists are more likely to engage in these habits when they’re frustrated or bored.

4. How long you take to ask questions. Have you ever had a conversation with someone where they talked about themselves the entire time? The amount of time someone allows to pass before they take an interest in you is a strong personality indicator. People who only talk about themselves tend to be loud, self-absorbed “takers.” People who only ask questions and share little about themselves are usually quiet, humble “givers.” Those who strike a nice balance of give-and-take are reciprocators and good conversationalists.

5. Your handshake. It’s common for people to associate a weak handshake with a lack of confidence and an overall lackadaisical attitude. A study at the University of Alabama showed that, although it isn’t safe to draw assumptions about someone’s competence based on their handshake, you can accurately identify personality traits. Specifically, the study found that a firm handshake equates with being less shy, less neurotic, and more extroverted.

6. Tardiness. Showing up late leads people to think that you lack respect and tend to procrastinate, as well as being lazy or disinterested. Contrary to these perceptions, a San Diego State University study by Jeff Conte revealed that tardiness is typically seen in people who multitask, or are high in relaxed, Type B personality traits. Conte’s study found that Type B individuals are often late because they experience time more slowly than the rest of us. Bottom line here is not to read too much into people showing up late. It’s better to ask what’s behind it than to make assumptions.

7. Handwriting. There are all manner of false stereotypes attempting to relate your handwriting to your personality. For example, people believe that how hard you press down on the paper relates to how uptight you are, the slant of your writing indicates introversion or extroversion, and the neatness/sloppiness of your writing reveals organizational tendencies. The research is inconclusive at best when it comes to handwriting and personality. If you have an important letter to write, I’d suggest sticking to the keyboard to keep things neutral.

Sometimes the little things in life make a big difference. It’s good to be ready for them, so that you can make a strong impression.