12 Things Emotionally Intelligent People Never Reveal About Themselves At Work 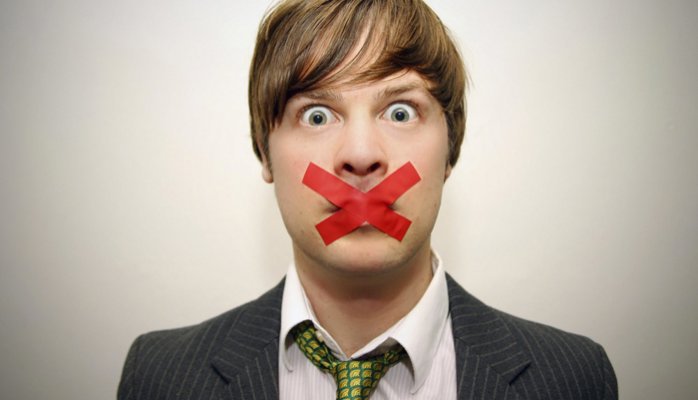 You can’t build a strong professional network if you don’t open up to your colleagues; but doing so is tricky, because revealing the wrong things can have a devastating effect on your career.

Sharing the right aspects of yourself in the right ways is an art form. Disclosures that feel like relationship builders in the moment can wind up as obvious no-nos with hindsight.

The trick is to catch yourself before you cross that line, because once you share something, there is no going back.

TalentSmartEQ has tested more than a million people and found that the upper echelons of top performance are filled with people who are high in emotional intelligence (90% of top performers, to be exact). Emotionally intelligent people are adept at reading others, and this shows them what they should and shouldn’t reveal about themselves at work.

The following list contains the 12 most common things people reveal that send their careers careening in the wrong direction.

1. That They Hate Their Job

The last thing anyone wants to hear at work is someone complaining about how much they hate their job. Doing so labels you as a negative person, who is not a team player. This brings down the morale of the group. Bosses are quick to catch on to naysayers who drag down morale, and they know that there are always enthusiastic replacements waiting just around the corner.

2. That They Think Someone Is Incompetent

There will always be incompetent people in any workplace, and chances are that everyone knows who they are. If you don’t have the power to help them improve or to fire them, then you have nothing to gain by broadcasting their ineptitude. Announcing your colleague’s incompetence comes across as an insecure attempt to make you look better. Your callousness will inevitably come back to haunt you in the form of your coworkers’ negative opinions of you.

3. How Much Money They Make

Your parents may love to hear all about how much you’re pulling in each month, but in the workplace, this only breeds negativity. It’s impossible to allocate salaries with perfect fairness, and revealing yours gives your coworkers a direct measure of comparison. As soon as everyone knows how much you make, everything you do at work is considered against your income. It’s tempting to swap salary figures with a buddy out of curiosity, but the moment you do, you’ll never see each other the same way again.

4. Their Political and Religious Beliefs

People’s political and religious beliefs are too closely tied to their identities to be discussed without incident at work. Disagreeing with someone else’s views can quickly alter their otherwise strong perception of you. Confronting someone’s core values is one of the most insulting things you can do.

Granted, different people treat politics and religion differently, but asserting your values can alienate some people as quickly as it intrigues others. Even bringing up a hot-button world event without asserting a strong opinion can lead to conflict.

People build their lives around their ideals and beliefs, and giving them your two cents is risky. Be willing to listen to others without inputting anything on your end because all it takes is a disapproving look to start a conflict. Political opinions and religious beliefs are so deeply ingrained in people, that challenging their views is more likely to get you judged than to change their mind.

The last thing your boss wants to see when she logs on to her Facebook account is photos of you taking tequila shots in Tijuana. There are just too many ways you can look inappropriate on Facebook and leave a bad impression. It could be what you’re wearing, who you’re with, what you’re doing, or even your friends’ commentary. These are the little things that can cast a shadow of doubt in your boss’s or colleagues’ minds just when they are about to hand you a big assignment or recommend you for a promotion.

It’s too difficult to try to censor yourself on Facebook for your colleagues. Save yourself the trouble, and don’t friend them there. Let LinkedIn be your professional “social” network, and save Facebook for everybody else.

6. What They Do in the Bedroom

Whether your sex life is out of this world or lacking entirely, this information has no place at work. Such comments might get a chuckle from some people, but it makes most uncomfortable, and even offended. Crossing this line will instantly give you a bad reputation.

7. What They Think Someone Else Does in the Bedroom

A good 111% of the people you work with do not want to know that you bet they’re tigers in the sack. There’s no more surefire way to creep someone out than to let them know that thoughts of their love life have entered your brain. Anything from speculating on a colleague’s sexual orientation to making a relatively indirect comment like, “Oh, to be a newlywed again,” plants a permanent seed in the brains of all who hear it that casts you in a negative light.

Your thoughts are your own. Think whatever you feel is right about people; just keep it to yourself.

8. That They’re After Somebody Else’s Job

Announcing your ambitions at work when they are in direct conflict with other people’s interests comes across as selfish and indifferent to those you work with and the company as a whole. Great employees want the whole team to succeed, not just themselves. Regardless of your actual motives (some of us really do just work for the money), announcing your selfish goal will not help you get there.

9. How Wild They Used To Be in College

Your past can say a lot about you. Just because you did something outlandish or stupid 20 years ago doesn’t mean that people will believe you’ve developed impeccable judgment since then. Some behavior that might qualify as just another day in the typical fraternity (binge drinking, minor theft, drunk driving, abusing people or farm animals, and so on) shows everyone you work with that, when push comes to shove, you have poor judgment and don’t know where to draw the line. Many presidents have been elected in spite of their past indiscretions, but unless you have a team of handlers and PR types protecting and spinning your image, you should keep your unsavory past to yourself.

You might think talking about how inebriated you were over the weekend has no effect on how you’re viewed at work. After all, if you’re a good worker, then you’re a good worker, right? Unfortunately not. Sharing this will not get people to think you’re fun. Instead, they will see you as unpredictable, immature, and lacking in good judgment. Too many people have negative views of drugs and alcohol for you to reveal how much you love to indulge in them.

If there’s one thing we can learn from celebrities, it’s to be careful about what you say and whom you say it to. Offensive jokes make other people feel terrible, and they make you look terrible. They also happen to be much less funny than clever jokes.

A joke crosses the line anytime you try to gauge its appropriateness based on how close you are with someone. If there is anyone who would be offended by your joke, you are better off not telling it. You never know whom people know or what experiences they’ve had in life that can lead your joke to tread on subjects that they take very seriously.

12. That They Are Job Hunting

When I was a kid, I told my baseball coach I was quitting in two weeks. For the next two weeks, I found myself riding the bench. It got even worse after those two weeks when I decided to stay, and I became “the kid who doesn’t even want to be here.” I was crushed, but it was my own fault; I told him my decision before it was certain.

The same thing happens when you tell people that you’re job hunting. Once you reveal that you’re planning to leave, you suddenly become a waste of everyone’s time. There’s also the chance that your hunt will be unsuccessful, so it’s best to wait until you’ve found a job before you tell anyone. Otherwise, you will end up riding the bench.