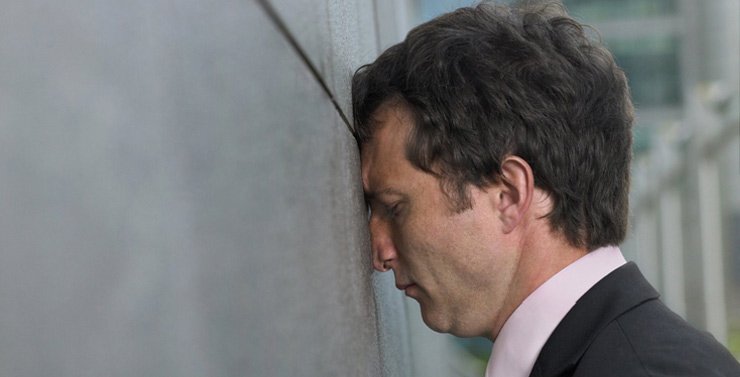 Most businesses are run by highly intelligent people, and when businesses fail it’s usually due to these smart leaders’ boneheaded mistakes. Even when a product—or lack of one—is at the center of the spectacle, flawed thinking by very smart people is often what made things fall apart.

There are far too many examples of this to list them all, but among my favorites is Kodak, a company that invented and then sat on the technology for digital photography because its leadership was afraid it would disrupt their core business (they eventually went bankrupt). And then there’s Xerox, a company that not only failed to capitalize on one of the most game-changing products in history—a desktop computer with a graphical user interface—but they let Apple employees visit the facility and copy their technology. I don’t have to tell you how that one turned out!

Sydney Finkelstein, a professor at Dartmouth’s Tuck School of Business, spent six years searching for an answer to this question. He and his colleagues studied 51 of the business world’s most notorious failures, interviewing CEOs and people from all levels. Finkelstein wanted to understand the inner workings of each business, explore the minds of key executives, and find out what led them to make disastrous decisions.

He and his team found that the poor decisions these smart leaders made were sometimes intentional and sometimes accidental, but they always followed a clear pattern of hubris that ensured even the most successful enterprise could be run into the ground.

Here’s what the leaders in Finkelstein’s study had in common.

1. They viewed themselves, and their companies, as untouchable.
There’s nothing wrong with having lofty goals or a healthy sense of pride, but these leaders took their success for granted. They became so enamored with their ideas that they believed their competitors would never catch up, their circumstances would never change, and no disruptors would ever surface. These unrealistic expectations made failure inevitable. Leaders must continually question their positions, especially when they’re on top.

2. They couldn’t tell where they stopped and the company began.
The leaders in Finkelstein’s study had high profiles and were obsessed with company image. As a result, they were too busy being the face of the company to effectively lead it. Not only did this lead to stagnation but it also engendered dishonesty and corruption. A leader who sees a company as his own is more likely to hide anything that could tarnish that image, whether it be low numbers or faulty products.

3. They thought they were the smartest person in the room.
Many intelligent leaders know quite well how smart they are. Their identities become so wrapped up in their intelligence that they believe input from others is unnecessary. They make decisions quickly and refuse to answer questions when there’s a misunderstanding. Although this may fit the TV image of a strong leader, making split-second decisions with imprudence often leads to major mistakes. Your chance of failure is heightened when you don’t care to know what other people think.

4. They surrounded themselves with yes-men and women.
Some leaders become so obsessed with loyalty that they expect mindless support for every decision they make. This alienates valuable employees and silences voices that could otherwise help the business succeed. When a leader begins to equate disagreement with disloyalty, or worse—the undermining of their authority—there’s no one left to raise the warning flags.

5. They drove past red flags and warning signs.
Some leaders are so enamored with their personal visions that they’re willing to drive the company off of a cliff in pursuit of them. Many of these leaders solicit input and suggestions, but they just can’t take their feet off the gas. Persistence is a great quality in a leader but not if it means ignoring the facts.

6. They relied too much on what worked before.
Evaluating one’s previous successes and failures can help a business thrive, but the past shouldn’t be the driving force behind a company’s future. Finkelstein’s team found that many failed leaders took one pivotal moment in their careers and continually tried to repeat it, even when their previous strategies no longer made sense. Customer needs, technology, and the competitive landscape can change on a dime. For this reason, successful leaders are constantly adapting to their surroundings.

Finkelstein’s research shows us that most business failures can be avoided. The smartest leaders look deeply at their own behavior to fix potential problems before it’s too late.