The Power of Resilience 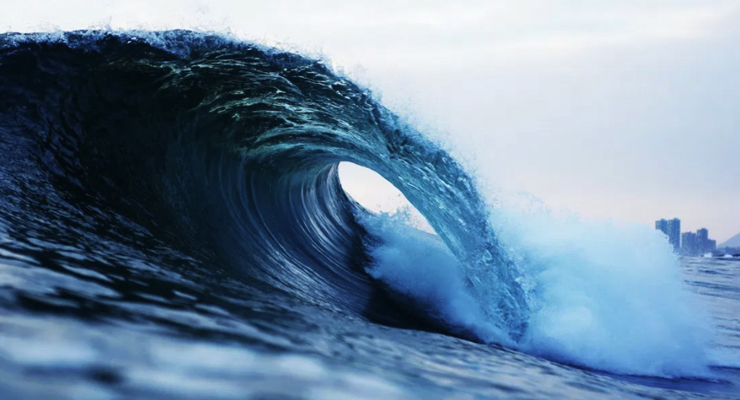 At age thirteen, Bethany Hamilton was already deemed a prodigy destined for a career as a pro surfer. During a daily dawn patrol with her best friend Alana Blanchard at a reef break called Tunnels, a fourteen-foot tiger shark attacked her. She immediately lost her left arm to the bite, and by the time doctors stopped her bleeding, she had lost 60% of her blood and gone into hypovolemic shock.

Hamilton barely survived the attack, saved by a surfboard leash tourniquet fashioned by Alana Blanchard’s father, and an orthopedic surgeon who rushed to the hospital from a nearby hotel.

Despite surviving the attack, Hamilton now faced body and mind obstacles. She had to start over and adapt to her new normal. A couple days ago, she had been a budding professional athlete. Now, she was trying “to learn how to put her hair up with one hand.”

While a shark attack like this would mark the end of most surfers’ careers, Hamilton set out to relearn how to surf. She paddled out for the first time less than a month after the attack—a quicker recovery than a broken arm. Within two years, she won the National Scholastic Surfing Association championship. Since then, she’s surfed countless pro contests and has traveled the world surfing renowned waves.

It’s tempting to think of Hamilton’s rapid recovery as the result of an innate resilience unique to her. But, in her interviews, she doesn’t attribute her resilience to anything genetic. Instead, she talks about daily habits that helped her along, things any of us can do while we adapt to our new normal:

To Develop Your Inner Strength

“When I lost my arm I was just thankful to be alive and that propelled me to have a more positive mindset.” Even at one of her lowest moments, Hamilton found something to be grateful for. Gratitude became a driving practice toward daily positivity. “My mom definitely encouraged me to find things to be thankful for on rough days and just look for the good in tough situations.” A substantial amount of research connects gratitude practices like Hamilton’s to a mentality of resilience. For example, a George Mason University study found daily gratitude practice increased people’s self-esteem, daily happiness, and intrinsic motivation. Getting started on your own gratitude practice is as simple as setting aside five minutes each day to write a list of the things you’re grateful for.

2. She revisited her goals and values

Resilience includes working through unpleasant tasks and difficult challenges to rise above adversity and ultimately reach an end goal. To avoid succumbing to stress or burning out as you push yourself through your current challenges, it’s important to revisit your goals and values. In Hamilton’s case, she had to relearn the basics, things she’d already spent five years mastering. On top of that frustration, there was the fear that comes with being the first person to face something. No other pro surfers had one arm. For Hamilton, her values were tied strongly to her faith. “So many doubts, fears and unknowns flooded my world, but the hope I found as a Christian led me to overcome them.” As for her goals, she decided that her love of surfing and her desire to compete was far greater than her fear to get back in the water.

3. She relied on a support network

“I think for all of us there are hard times in life, and maybe we are not facing them now, maybe they have come to pass, or will come in our future, and I just think, ‘know that you are loved by the people around you.’” During her recovery, Hamilton received social support from every angle. Her mother encouraged her to stay grateful. Her classmates from church came out to the hospital to support her. Her brothers and her friend Alana Blanchard all encouraged her to continue to surf. For encouragement, Hamilton even reached out to a surfer she didn’t know who had lost his leg and now surfed on a prosthetic. Her father custom built a handle onto her surfboard so she could pop-up more easily with one arm when she caught a wave. The list could go on. Research shows that social support doesn’t just feel good, it actually increases a protein in the brain called BDNF, which neuroscientists describe as “brain fertilizer.” BDNF has been found to enhance resilience and curb depressive tendencies. Next time you get the urge to “lone wolf” your way through today’s challenges, just remember that the benefits of support transcend the initial fear of reaching out and asking for support.

We’ve all found ourselves facing new challenges as a result of COVID-19. While we’re struggling ahead, it’s possible to treat the challenges during this period as an opportunity to reflect and build new resilience habits for our new future. Just remember, adopting Hamilton’s good habits won’t “give you resilience” overnight. They are proven daily habits that need to be practiced over time to reap their full benefits.