8 Ways Smart People Use Failure to Their Advantage 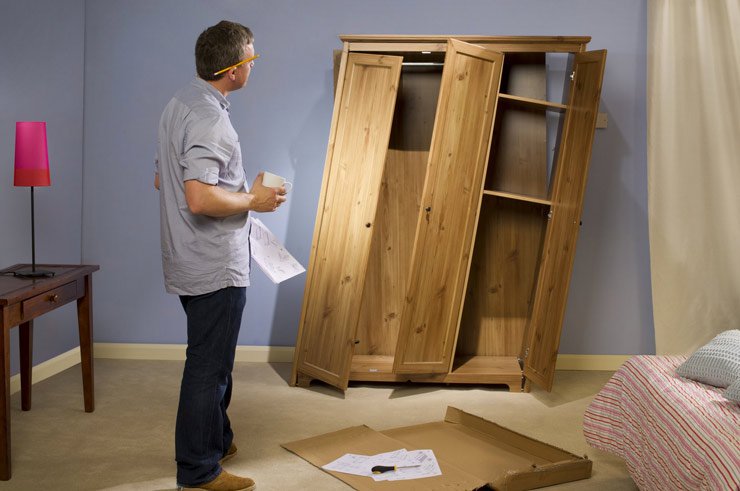 One of the biggest roadblocks to success is the fear of failure. Fear of failure is worse than failure itself because it condemns you to a life of unrealized potential.

A successful response to failure is all in your approach. In a study recently published in the Journal of Experimental Social Psychology, researchers found that success in the face of failure comes from focusing on results (what you hope to achieve), rather than trying not to fail. While it’s tempting to try and avoid failure, people who do this fail far more often than those who optimistically focus on their goals.

“Success is stumbling from failure to failure with no loss of enthusiasm.”   – Winston Churchill

This sounds rather easy and intuitive, but it’s very hard to do when the consequences of failure are severe. The researchers also found that positive feedback increased people’s chances of success because it fueled the same optimism you experience when focusing solely on your goals.

The people who make history—true innovators—take things a step further and see failure as a mere stepping stone to success. Thomas Edison is a great example. It took him 1,000 tries to develop a light bulb that actually worked. When someone asked him how it felt to fail 1,000 times, he said, “I didn’t fail 1,000 times. The light bulb was an invention with 1,000 steps.”

That attitude is what separates the successes from the failures. Thomas Edison isn’t the only one. J. K. Rowling’s manuscript for Harry Potter was only accepted after twelve publishers denied it, and even then she was only paid a nominal advance. Oprah Winfrey lost her job as a Baltimore news anchor for becoming too emotionally involved in her stories, a quality that became her trademark. Henry Ford lost his financial backers twice before he was able to produce a workable prototype of an automobile. The list goes on and on.

The actions you take in the face of failure are critical to your ability to recover from it, and they have huge implications for how others view you and your mistakes. There are five actions you must take when you fail that will enable you to succeed in the future and allow others to see you positively in spite of your failure.

1. Break the bad news yourself. If you’ve made a mistake, don’t cross your fingers and hope that no one will notice, because someone is going to—it’s inevitable. When someone else points out your failure, that one failure turns into two. If you stay quiet, people are going to wonder why you didn’t say something, and they’re likely to attribute this to either cowardice or ignorance.

2. Offer an explanation, but don’t make excuses. Owning your mistakes can actually enhance your image. It shows confidence, accountability, and integrity. Just be sure to stick to the facts. “We lost the account because I missed the deadline” is a reason. “We lost the account because my dog was sick all weekend and that made me miss the deadline” is an excuse.

3. Have a plan for fixing things. Owning up to a mistake is one thing, but you can’t end it there. What you do next is critical. Instead of standing there, waiting for someone else to clean up your mess, offer your own solutions. It’s even better if you can tell your boss (or whomever) the specific steps that you’ve already taken to get things back on track.

4. Have a plan for prevention. In addition to having a plan for fixing things, you should also have a plan for how you’ll avoid making the same mistake in the future. That’s the best way to reassure people that good things will come out of your failure.

5. Get back on the horse. It’s important that you don’t let failure make you timid. That’s a mindset that sucks you in and handicaps you every time you slip up. Take enough time to absorb the lessons of your failure, and as soon as you’ve done that, get right back out there and try again. Waiting only prolongs bad feelings and increases the chance that you’ll lose your nerve.

Your attitude when facing failure is just as important as the actions you take. Using failure to your advantage requires resilience and mental strength, both hallmarks of emotional intelligence. When you fail, there are three attitudes you want to maintain.

6. Perspective is the most important factor in handling failure. People who are skilled at rebounding after failure are more likely to blame the failure on something that they did—the wrong course of action or a specific oversight—rather than something that they are. People who are bad at handling failure tend to blame failure on their laziness, lack of intelligence, or some other personal quality, which implies that they had no control over the situation. That makes them more likely to avoid future risk-taking.

7. Optimism is another characteristic of people who bounce back from failure. One British study of 576 serial entrepreneurs found that they were much more likely to expect success than entrepreneurs who gave up after their first failure. That sense of optimism is what keeps people from feeling like failure is a permanent condition. Instead, they tend to see each failure as a building block to their ultimate success because of the learning it provides.

8. Persistence. Optimism is a feeling of positivity; persistence is what you do with it. It’s optimism in action. When everybody else says, “Enough is enough” and decides to quit and go home, persistent people shake off those failures and keep going. Persistent people are special because their optimism never dies. This makes them great at rising from failure.

Failure is a product of your perspective. What one person considers a crushing defeat, another sees as a minor setback. The beauty is that you can change how you see failure so that you can use it to better yourself.