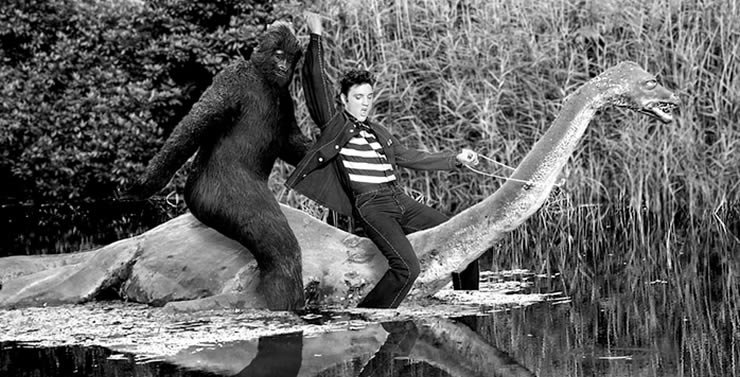 Successful people come from all walks of life, yet they all have one thing in common: where others see impenetrable barriers, they see challenges to embrace and obstacles to overcome.

Their confidence in the face of hardship is driven by their ability to let go of the negativity that holds so many otherwise sensible people back.

Obstacles do not block the path; they are the path.

We all know how important it is to approach problems with radical optimism and creativity, but this is easier said than done. In a study conducted at Adobe, 96% of employees identified creativity as essential to their success, both in terms of their income and the value they bring to the world. What’s more, 78% wished they were capable of thinking differently, believing that they would progress through their careers more quickly if they did.

Too often we attribute creative and “different” thinking to natural, innate characteristics that belong only to the lucky. The truth is that you can study how ridiculously successful people think and incorporate their approach into your repertoire.

If only we knew of all the great ideas that never came to fruition because people lacked the confidence to put them into action. Successful people confidently act on their ideas, because they know that a failed idea is not a reflection of their ability; instead, they see it as a wonderful learning opportunity.

Ultra-successful people are composed, because they constantly monitor their emotions and understand them and they use this knowledge in the moment to react with self-control to challenging situations. When things go downhill, they are persistently calm and frustratingly content (frustrating to those who aren’t, at least). They know that no matter how good or bad things get, everything changes with time. All they can do is to adapt and adjust to stay happy and in control.

Super-successful people trust that honesty and integrity, though painful at times, always work out for the best in the long run. They know that honesty allows for genuine connections with people and that lying always comes back to bite you in the end. In fact, a Notre Dame study showed that people who often lied experienced more mental health problems than their more honest counterparts.

4. They seek out small victories

Successful people like to challenge themselves and to compete, even when their efforts yield only small victories. Small victories build new androgen receptors in the areas of the brain responsible for reward and motivation. This increase in androgen receptors enhances the influence of testosterone, which further increases their confidence and eagerness to tackle challenges. When you achieve a series of small victories, the boost in your confidence can last for months.

Super-successful people often know more than others do, because they’re constantly trying to learn. They vow to constantly grow, and they fill every spare moment with self-education. They don’t do this because it’s “the right thing to do”; they do it because it’s their passion. They’re always looking for opportunities to improve and new things to learn about themselves and the world around them. Instead of succumbing to their fear of looking stupid, truly exceptional people just ask the questions on their mind, because they would rather learn something new than appear smart.

6. They expose themselves to a variety of people

There’s no easier way to learn to think differently than spending time with someone whose strengths are your weaknesses or whose ideas are radically different from your own. This exposure sparks new ideas and makes you well rounded. This is why we see so many great companies with co-founders who stand in stark contrast to each other. Steve Jobs and Steve Wozniak from Apple were a prime example. Neither could have succeeded without the other.

7. They keep an open mind

Exposing yourself to a variety of people is useless if you spend that time disagreeing with them and comforting yourself with your own opinions. Successful people recognize that every perspective provides an opportunity for growth. You need to practice empathy by putting yourself in the other person’s shoes so that you can understand how their perspective makes sense (at least, to them). A great way to keep an open mind is to try to glean at least one interesting or useful thing from every conversation you have.

Fear is nothing more than a lingering emotion that’s fueled by your imagination. Danger is real. Danger is the uncomfortable rush of adrenaline you get when you almost step in front of a bus; fear is a choice. Exceptional people know this better than anyone does, so they flip fear on its head. Instead of letting fear take over, they’re addicted to the euphoric feeling they get from conquering their fears.

9. They turn tedious tasks into games

Every job entails some degree of tedium. For most people, tedium leads to sloppy, rushed work. Only the most successful people find ways to make the tedious interesting. By turning tedious work into a game, they challenge themselves and produce high-quality work, making things interesting in the process.

10. They dream big but remain grounded

Successful people reach for the seemingly impossible, but they do so in a way that is actionable and realistic. While you may not know exactly how you’re going to achieve your dream, you need to make progress no matter how small the steps. For example, Elon Musk’s goal at SpacEx is to “Occupy Mars.” While this is a big dream, Musk keeps it realistic by engaging in regular steps that, some day, may get him there. SpacEx just landed a rocket upright on a boat in the ocean for the first time ever. It’s a far cry from colonizing Mars, but it’s an essential step in the process.

The above behaviors can make any of us more successful if we use them every day. Give them a try, and see where they take you.