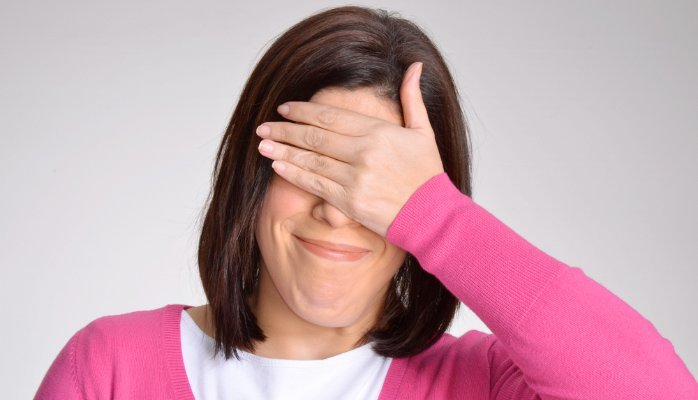 Everybody makes mistakes—that’s a given—but not everyone learns from them. Some people make the same mistakes over and over again, fail to make any real progress, and can’t figure out why.

“Mistakes are always forgivable, if one has the courage to admit them.” – Bruce Lee

When we make mistakes, it can be hard to admit them because doing so feels like an attack on our self-worth. This tendency poses a huge problem because new research proves something that commonsense has told us for a very long time—fully acknowledging and embracing errors is the only way to avoid repeating them.

Yet, many of us still struggle with this.

Researchers from the Clinical Psychophysiology Lab at Michigan State University found that people fall into one of two camps when it comes to mistakes: those who have a fixed mind-set (“Forget this; I’ll never be good at it”) and those who have a growth mind-set (“What a wake-up call! Let’s see what I did wrong so I won’t do it again”).

“By paying attention to mistakes, we invest more time and effort to correct them,” says study author Jason Moser. “The result is that you make the mistake work for you.”

Smart, successful people are by no means immune to making mistakes; they simply have the tools in place to learn from their errors. In other words, they recognize the roots of their mix-ups quickly and never make the same mistake twice.

“When you repeat a mistake it is not a mistake anymore: it is a decision.” – Paulo Coelho

Some mistakes are so tempting that we all make them at one point or another. Smart people learn from these mistakes and never make them twice.

1. Believing in someone or something that’s too good to be true

Some people are so charismatic and so confident that it can be tempting to follow anything they say. They speak endlessly of how successful their businesses are, how well liked they are, who they know, and how many opportunities they can offer you. While it’s, of course, true that some people really are successful and really want to help you, smart people only need to be tricked once before they start to think twice about a deal that sounds too good to be true. The results of naivety and a lack of due diligence can be catastrophic. Smart people ask serious questions before getting involved because they realize that no one, themselves included, are as good as they look.

2. Doing the same thing over and over again and expecting a different result

Albert Einstein said that insanity is doing the same thing and expecting a different result. Despite his popularity and cutting insight, there are a lot of people who seem determined that two plus two will eventually equal five. Smart people, on the other hand, need only experience this frustration once. The fact is simple: if you keep the same approach, you’ll keep getting the same results, no matter how much you hope for the opposite. Smart people know that if they want a different result, they need to change their approach, even when it’s painful to do so.

We live in a world where books instantly appear on our e-readers, news travels far and wide, and just about anything can show up at our doorsteps in as little as a day. Smart people know that gratification doesn’t come quickly and hard work comes long before the reward. They also know how to use this as motivation through every step of the arduous process that amounts to success because they’ve felt the pain and disappointment that come with selling themselves short.

4. Operating without a budget.

You can’t experience financial freedom until you operate under the constraint of a budget. Sticking to a budget, personally and professionally, forces us to make thoughtful choices about what we want and need. Smart people only have to face that insurmountable pile of bills once before getting their act together, starting with a thorough reckoning as to where their money is going. They realize that once you understand how much you’re spending and what you’re spending it on, the right choices become clear. A morning latte is a lot less tempting when you’re aware of the cost: $1,000 on average per year. Having a budget isn’t only about making sure that you have enough to pay the bills; smart people know that making and sticking to a strict budget means never having to pass up an opportunity because they’ve blown their precious capital on discretionary expenditures. Budgets establish discipline, and discipline is the foundation of quality work.

5. Losing sight of the big picture

It’s so easy to become head-down busy, working so hard on what’s right in front of you that you lose sight of the big picture. But smart people learn how to keep this in check by weighing their daily priorities against a carefully calculated goal. It’s not that they don’t care about small-scale work, they just have the discipline and perspective to adjust their course as necessary. Life is all about the big picture, and when you lose sight of it, everything suffers.

6. Not doing your homework

Everybody’s taken a shortcut at some point, whether it was copying a friend’s biology assignment or strolling into an important meeting unprepared. Smart people realize that while they may occasionally get lucky, that approach will hold them back from achieving their full potential. They don’t take chances, and they understand that there’s no substitute for hard work and due diligence. They know that if they don’t do their homework, they’ll never learn anything⎯and that’s a surefire way to bring your career to a screeching halt.

7. Trying to be someone you’re not

It’s tempting to try to please people by being whom they want you to be, but no one likes a fake, and trying to be someone you’re not never ends well. Smart people figure that out the first time they get called out for being a phony, forget their lines, or drop out of character. Other people never seem to realize that everyone else can see right through their act. They don’t recognize the relationships they’ve damaged, the jobs they’ve lost, and the opportunities they’ve missed as a result of trying to be someone they’re not. Smart people, on the other hand, make that connection right away and realize that happiness and success demand authenticity.

8. Trying to please everyone

News reports and our social media feeds are filled with stories of people who seem to get ahead by playing the victim. Smart people may try it once, but they realize quickly that it’s a form of manipulation and that any benefits will come to a screeching halt as soon as people see that it’s a game. But there’s a more subtle aspect of this strategy that only truly smart people grasp: to play the victim, you have to give up your power, and you can’t put a price on that.

10. Trying to change someone

The only way that people change is through the desire and wherewithal to change themselves. Still, it’s tempting to try to change someone who doesn’t want to change, as if your sheer will and desire for them to improve will change them (as it has you). Some even actively choose people with problems, thinking that they can “fix” them. Smart people may make that mistake once, but then they realize that they’ll never be able to change anyone but themselves. Instead, they build their lives around genuine, positive people and work to avoid problematic people that bring them down.

Bringing it all together