9 Ways to Build Your Grit 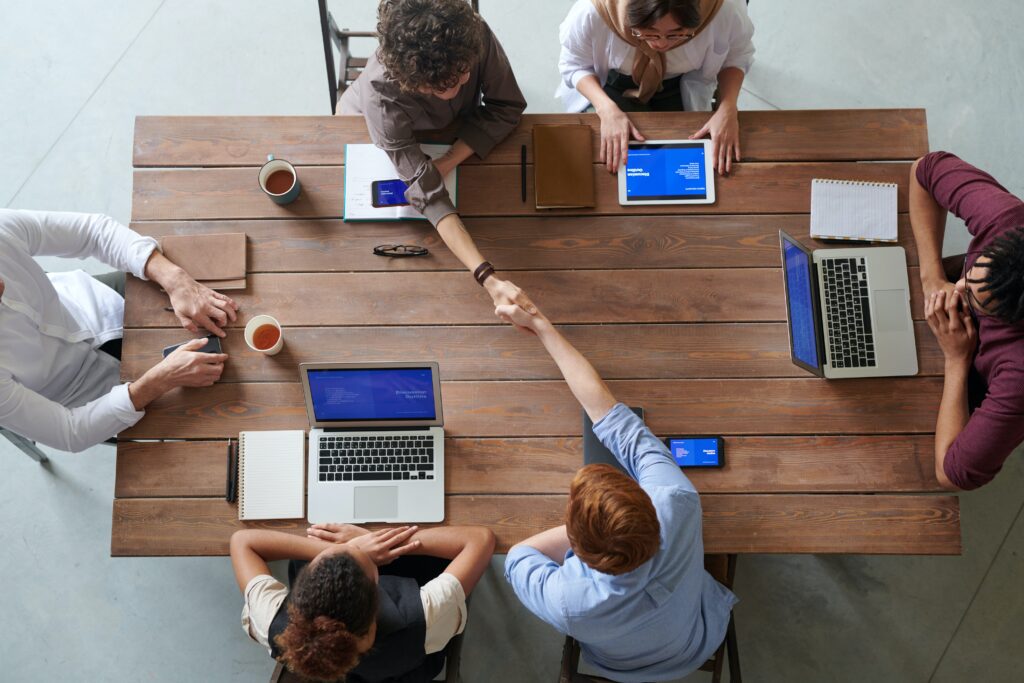 What’s the best way to show up every day feeling motivated and fresh? How do successful people maintain motivation, stay strong in the face of failure, and have the tenacity to “stick with it” for days, months, and years until they see their goals through?

The psychologist Angela Duckworth set out to answer these questions in her research. In her studies across a wide range of people (students, military, salespeople, spelling bee contestants, and more) Duckworth found that the most successful people tend to all share one quality in common—grit. Grit, which she defines as “perseverance and passion for long-term goals,” is a quality that drives successful people to master the things they love, overcome challenges, minimize regrets, and feel fulfilled.

On top of that, she found that grit is not something you’re born with; it’s something you can build with practice. What follows are 9 habits of people with a healthy sense of grit.

1. They don’t need the approval of others

People with a strong dose of grit derive their sense of satisfaction from within and from the work itself. Grit is about chasing your passions. This means not being stifled by critics, and equally importantly, not evaluating your success based on praise either. Gritty people see the good and bad in a similar light. Both are a form of feedback to be sifted through and learned from.

2. They develop their emotional intelligence (EQ)

Gritty people understand that their work and emotions are intertwined. If there’s one thing we know at TalentSmartEQ better than anyone it’s this: shutting out your emotions will capsize your productivity. Untended emotions cause people to quit all the time—boredom, uncertainty, trepidation, and overwhelm, to name a few. Instead of thinking of emotions as hurdles to your productivity and stuffing them down, think of emotions as data. Emotions are a constant cascade of useful data. If you train yourself to slow down, to tune in to your emotions, you can start collecting that data and using it to your advantage. Feeling bored? Find a way to challenge yourself. Feeling overwhelmed? Find a way to hone in on the one thing you can get done. You get the idea. Once you have the information you need (your emotion), you can find a way to move toward the outcome you want. That’s grit.

3. They make the most of good days…

When a good day comes along, full of positivity and energy, gritty people are sure to make the most of it. Feeling good, they tackle bigger tasks, unwieldy problems, and heavier workloads. Sometimes, the thing we call grit is just a matter of tuning into your own rhythms to make the most of what you’re already capable of.

4. …But they also know when to stop

Knowing when to stop and save it for another day is just as important as making the most of a good day. The writer Ernest Hemingway would always try to stop writing for the day when he still had something to start on the next day. Mimic this in your own work. Don’t be afraid to set down an important task late in the day, especially if you know exactly where you’re going to pick up your work the next day. That’s not giving up; that’s momentum.

5. They make the most of bad days too

Perhaps the thing that is most often associated with grit is someone’s ability to stick with it through tougher times and on tougher days. On bad days, gritty people might not take on their most important work if they can help it. Or, they’ll break that important work down into parts and tackle something they know they can handle. Often, making the most of a bad day means working less and spending more time exercising, talking with a friend, or doing nothing at all. Gritty people know that a bit of time to rest today can make a big difference toward bouncing back tomorrow.

6. They use their long-term vision as fuel for the short-term grind

One of the most powerful ways to fuel yourself through those less motivating days is to step back and mentally connect the work at hand to your long-term goals. Gritty people use this approach daily to escape feelings of being stuck, challenged, or bored.

7. They’re more playful and creative than you might expect

Sure, gritty people might be intense about the things they love, but it’s their love that drives their gumption. They are sure to make space for the fun, playful side of the work they do. Otherwise, what’s the point?

8. They have a growth mindset

9. They know deep down that they always perform their best, so they don’t sweat hypotheticals

Gritty people feel the same fears everyone else does, but they make it a habit to focus on one thing: their best performance. This sounds simple, even cheesy, but it’s a positive and important twist on the way most of us think. Most of us consider the different things that could get in the way of our success; the hypothetical barriers, challenges, and failures to come. We think that by considering potential downfalls, we can better prevent them. The issue with this way of thinking is that we get in our head and prevent ourselves from performing at our best in the moment. Instead of worrying about the different things that could get in their way, gritty people focus on showing up at their best in the moment.

Start focusing your attention and your effort on these nine habits, and you’ll be well on your way to developing the grit you need to succeed.

To learn more about emotional intelligence and TalentSmart’s EQ products and services, contact TalentSmartEQ at 888-818-SMART or visit us at https://www.talentsmarteq.com/contact/