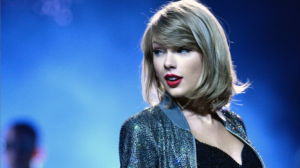 Younger generations tend to be much more comfortable when it comes to getting in touch with their emotions. Do we have pop music to thank? Yes! In October 2022, music sensation Taylor Swift released her tenth studio album, Midnights, which Swift says covers themes of “self-hatred, revenge, and fantasies.” In one week, the record sold over 1 million copies. Globally, young adults are listening to Midnights, and whether they know it or not, they are receiving valuable lessons on some of the main pillars of emotional intelligence.

The most resounding emotional intelligence anthem is none other than the song “Anti-Hero,” which poses the thought: “I’m the problem.” In an interview Swift said, “this song…is a guided tour through all of the things I tend to hate about myself; we all hate things about ourselves.” While these sentiments may seem harsh, the song is a reflection of some of the first steps of self-awareness and regulation. In the song, Swift realizes times when she’s ended up in a crisis and when she has needed to look in the mirror for a solution.

Love and relationships are typically at the core of Swift’s music, and this album is no different. Taylor Swift tackles relationship-management through the lens of many difficult experiences.  In songs like “Snow on the Beach,” “Lavender Haze,” and “You’re on Your Own Kid,” Swift admits to lonely and “weird…but beautiful” feelings about the connections with those around her. These songs teach relationship-management as the listener can reflect on their own relationships and realize that even seemingly beautiful experiences like love and friendships need to be managed from time to time.

All of Swift’s albums have remained beloved over time and continue to be listened to by new generations as the years go on. And now, you can feel even better about playing those songs as you learn valuable lessons about emotional intelligence.