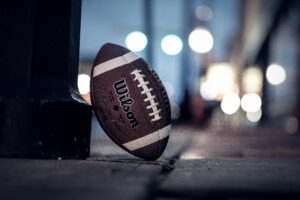 Love him or hate him…the G.O.A.T. is back! Tom Brady is back.

Tom Brady, arguably the best quarterback to ever play in the NFL has announced he is coming out of his short-lived retirement for a 23rd season.  “These past two months I’ve realized my place is still on the field and not in the stands,” Brady wrote. “Unfinished business”, he added in his tweet.

Many people may be questioning why a 7-time Super Bowl champion at the age of 44 with a family isn’t satisfied and ready to hang up his cleats?  Let’s look at it through an emotional intelligence lens.  From a self-awareness perspective, Brady seems to recognize and understand himself very well.  Acknowledging that he feels he has unfinished business and that his place is not in the stands but rather on the field, says a lot.  Leaning into the discomfort of a decision he made to leave the game he loves has apparently made him second guess that decision.  Perhaps he was being fooled by a bad mood when the Tampa Bay Buccaneers lost to the eventual Super Bowl champion Los Angeles Rams, and it seemed like the loss meant he was done.  We all can get fooled by that mood.  But taking time to rethink and evaluate is a healthy part of being emotionally intelligent.  Let’s also bring his social awareness and relationship management skills into view.  In Brady’s tweet, he mentions his teammates and family and how they factored into his decision to end his retirement.  Another key emotional intelligence factor when making decisions.  Weighing how your decisions affect others, or as we like to call it, ‘catching the mood in the room’ is essential to not only make the right decision for you but for those around you who will be most affected by your decision.

Will His Decision Pay Off?

The 2022-2023 NFL football season is sure to be even more exciting with Brady back at the helm of the Tampa Bay Buccaneers.  Let’s see if his decision to return pays off.

Interested in learning more? Check out our article on another way football players harness emotional intelligence.