What To Do When You Catch A Liar 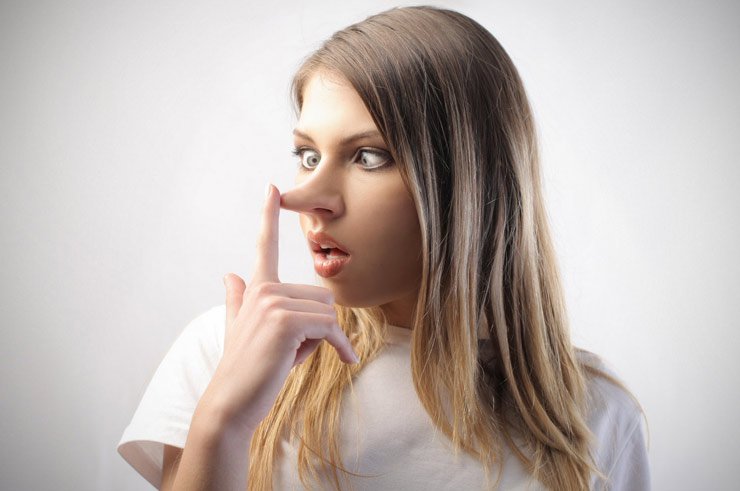 It’s a hard fact to accept, but your friends and coworkers lie to you regularly. The real challenge lies in how you respond once you catch someone in the act.

“I’m not upset that you lied to me, I’m upset that from now on I can’t believe you.”   – Friedrich Nietzsche

Even though most people lie a lot—roughly two to three times during a ten-minute conversation, studies show—you don’t catch them nearly as often as you might think. Researchers from the University of California analyzed the results of 253 studies and found that we only spot about half the lies we’re told (53% to be exact). In other words, we’re about as likely to identify a lie as we are to win a coin toss.

The scary thing is that people who are trained in detecting deception—judges, customs agents, law enforcement officers, and even CIA agents—don’t fare much better. They can only spot a lie about 60% of the time.

When you do catch someone lying to you, it’s usually a real whopper. These are the kinds of lies that are so insulting to be the recipient that it’s hard to think straight. In these moments, you want to keep the conversation constructive, without letting the liar off the hook, which is a difficult thing to pull off.

And what about the times when you have a nagging sense that you’re being lied to but aren’t certain and don’t want to come across as paranoid or accusatory? While too much skepticism is never healthy, a small dose can be a very good thing, especially since we’re so poor at recognizing lies.

The question always becomes, what do you do with a lie? If you think someone is lying to you, do you call them on it? Do you tell someone else? Or do you just go along to get along?

There are actually several things you can do, and the right one, or the right combination, depends on the situation.

How to Find People Lie and What to Do

Before you decide what course of action to take, check the employee handbook and consider the recent history of similar situations. If you’re going to call someone out, you need to know what you’re getting yourself and the liar into. Know the severity of the consequences for lying, and make certain you follow proper protocol for addressing it, or the entire thing could backfire on you.

Nobody likes being lied to, and the natural reaction is to call the liar out, but that’s not always the smartest thing to do, especially at work. Before you do anything, ask yourself, ‘What’s at stake besides my ego?’ Carefully weigh the pros and cons before you take action. Consider who, if anyone, should know about the lie and the implications it has for the company. Sometimes, the animosity you avoid by staying silent is worth more than the satisfaction you receive from speaking out. Other times, the lie is serious enough that people have to know.

Some lies are too big to ignore completely, yet too small to make a big deal out of. When this happens, you can always make a joke of it. Playful comments that acknowledge the lie will usually do the trick. Whether it’s “Hey, I think I just saw your nose grow a little bit” or “I need to get my prescription checked. When I looked at the scorecard, it said you shot 112,” this strategy gives the liar a chance to admit their slip—up without fear of reprisal. The key to making this tactic work is to give the impression that the other person was kidding around or intentionally exaggerating and never expected to be believed.

Another way to let someone save face—and this is particularly appropriate for group settings—is to play dumb. Pretend you suddenly suffered a memory lapse or are confused about the facts. Ask lots of follow-up questions. The more details you request, the more likely it is that the truth will come out. Drawing it out gives the liar a chance to admit that they “misspoke” and correct themselves without being called a liar.

In situations where doing nothing isn’t a good option, you can always call the liar out. You just need to think carefully about the best way to do this, and impulsively bashing them is never a smart move. You may choose to have a conversation with the liar in private or with others whom the lie affects. In either case, it’s important you have evidence that backs up your claim, or you very well may be called a liar yourself. Just make certain you are honest and direct with the person who lied. Don’t go to others with the lie when you know it’s better handled privately between you and the liar.

There are many times when reporting a lie is the right thing to do, both ethically and practically. Sometimes, not reporting a lie can cost you your job. However, there are a few things you need to think about before you take that step. First, question your motives. Are you thinking of telling someone about the lie out of concern that either another employee or the company could be harmed, or are you just mad? If it’s the latter, you run the risk of making yourself look petty; if it’s the former, stick to the facts. Don’t offer any hypotheses about why the person may be lying because that’s just supposition on your part. Stick to what the person said, what the truth is, and any proof you have collected.

Not optional: Protect yourself

Whether you decide to call a lie or to let it go, once you know you’re dealing with a liar, it’s critical to take steps to protect yourself. One way to do that is to have a witness attest to what the liar said. Failing this, interact with the liar via email or text, both of which create a written record. Though if you’re dealing with a particularly savvy liar, they’re not going to commit to anything in writing. In that case, document the conversation yourself: who, what, when, where, etc., and cap it off by sending your lying colleague an e-mail summarizing the conversation. That’s not as good as having proof in the other person’s words, but at least you’ll be able to make the argument that your colleague had the opportunity to correct you.

Some people tell infrequent lies to make themselves look good or to protect themselves. Others are pros. They’ve been doing it their whole careers, they’re good at it, and they’ve learned how to avoid getting caught. That’s why there’s no single solution that works in every situation. The best thing to do is to carefully consider your options, thinking through the pros and cons of each course of action.