What Makes A Leader? 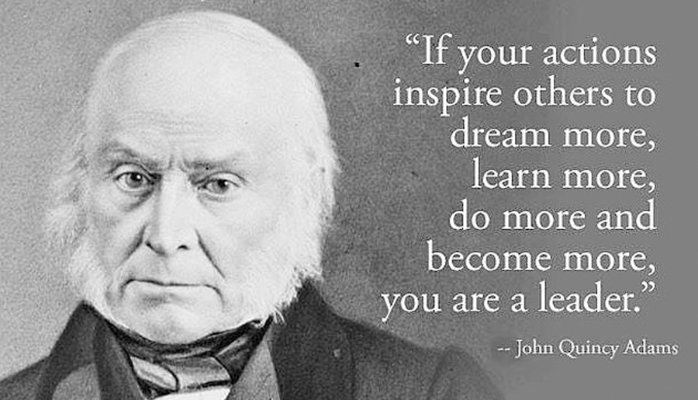 By Dr. Travis Bradberry What makes someone a leader anyway? Such a simple question, and yet it continues to vex some of the best thinkers in business. We’ve written several books on leadership, and yet it’s a rare thing to actually pause to define leadership. Let’s start with what leadership is not… Leadership has nothing to do with seniority or one’s position in the hierarchy of a company. Too many talk about a company’s leadership referring to the senior most executives in the organization. They are just that, senior executives. Leadership doesn’t automatically happen when you reach a certain pay grade. Hopefully you find it there, but there are no guarantees. Leadership has nothing to do with titles. Similar to the point above, just because you have a C-level title, doesn’t automatically make you a “leader.” We often stress the fact that you don’t need a title to lead. You can be a leader in your workplace, your neighborhood, or your family, all without having a title. Leadership has nothing to do with personal attributes. Say the word “leader” and most people think of a domineering, take-charge, charismatic individual. People often think of icons from history like General Patton or President Lincoln. But leadership isn’t an adjective. We don’t need to be extroverted or charismatic to practice leadership. And those with charisma don’t automatically lead. Leadership isn’t management. This is the big one. Leadership and management are not synonymous. You have 15 people in your downline and P&L responsibility? Good for you, hopefully you are a good manager. Good management is needed. Managers need to plan, measure, monitor, coordinate, solve, hire, fire, and so many other things. Managers spend most of their time managing things. Leaders lead people. So, again, what makes a leader? Let’s see how some of the most respected business thinkers of our time define leadership, and let’s consider what’s wrong with their definitions. Peter Drucker: “The only definition of a leader is someone who has followers.” Really? This instance of tautology is so simplistic as to be dangerous. A new Army Captain is put in the command of 200 soldiers. He never leaves his room, or utters a word to the men and women in his unit. Perhaps routine orders are given through a subordinate. By default his troops have to “follow” orders. Is the Captain really a leader? Commander yes, leader no. Drucker is of course a brilliant thinker, but his definition is too simple. Warren Bennis: “Leadership is the capacity to translate vision into reality.” Every spring you have a vision for a garden, and with lots of work carrots and tomatoes become a reality. Are you a leader? No, you’re a gardener. Bennis’ definition seems to have forgotten “others.” Bill Gates: “As we look ahead into the next century, leaders will be those who empower others.” This definition includes “others” and empowerment is a good thing. But to what end? We’ve seen many empowered “others” in life, from rioting hooligans to Google workers who were so misaligned with the rest of the company they found themselves unemployed. Gates’ definition lacks goals and vision. John Maxwell: “Leadership is influence—nothing more, nothing less.” We like minimalism but this reduction is too much. A robber with a gun has “influence” over his victim. A manager has the power to fire team members which provides a lot of influence. But does this influence make a robber or a manager a leader? Maxwell’s definition omits the source of influence. So what is leadership? DEFINITION: Leadership is a process of social influence which maximizes the efforts of others toward the achievement of a greater good. Notice the key elements of this definition:

Leadership is a mindset in action. So don’t wait for the title. Leadership isn’t something that anyone can give you—you have to earn it and claim it for yourself.   ABOUT THE AUTHOR: