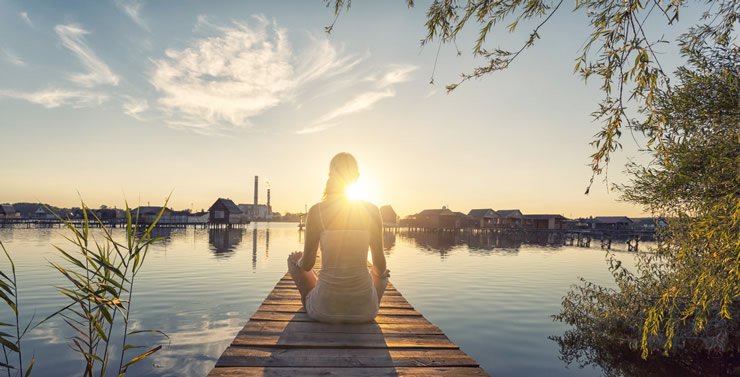 Nobel Prize winner Edith Wharton once said, “There are two ways of spreading light: to be the candle or the mirror that reflects it.” This is an amazingly accurate description of the difference between Type A and Type B personalities. Type A personalities are the candles—and they’re usually burning at both ends. Type B personalities, on the other hand, put out every bit as much light; they just don’t get as much recognition for it.

Type Bs don’t have all of that sparkle and sizzle that attract everyone’s attention. Since Type Bs aren’t as in your face about their contributions, they have a tendency to get mislabeled as lazy or indifferent.

That bias goes all the way back to the origin of the Type A/Type B personality paradigm, in the waiting room of a couple of cardiologists. The doctors noticed that their chairs didn’t have wear on the backs as expected; it was only visible on the front edge of the seats and the armrests, which suggested that patients were literally waiting on the edge of their seats, ready to jump up the second their names were called. So, the cardiologists—Doctors Friedman and Rosenman—then wanted to find out if impatient people were more prone to heart disease. They discovered that their hunch was correct, and they labeled these impatient individuals “Type A.” “Type B” was simply a label they assigned to anyone who wasn’t Type A.

It’s as if Type Bs lack the distinguishing characteristics that drive them to be successful. Type Bs, however, know that this couldn’t be further from the truth. The very traits that people assume are the products of laziness or indifference are distinct personality characteristics that help Type Bs to achieve and prosper.

Unlike Type As, Type Bs don’t feel like they have to be perfect, which means they are OK with recognizing and admitting their weaknesses. This acknowledgment equips them to shore up those weaknesses. Type Bs are also easier to get along with, as they tend to be supportive rather than rushing, pushing, and criticizing others.

Type Bs don’t jump to conclusions. Since they’re not in a constant rush, they take the time to analyze all the facts instead of hurrying their analysis just to reach a decision. Type Bs also won’t keep beating a dead horse. Whereas Type As can become obsessed with making their chosen strategy work, Type Bs easily switch gears when it becomes obvious something isn’t working.

In a nutshell, Type B personalities deserve a lot more credit than they get. To fully grasp what it means to be Type B, you need to hear it from the horse’s mouth. Don’t take my word for it—let’s see what they have to say:

1. We’re not lazy; we’re just laid-back. Just because our goals aren’t pulsating like strobe lights on our foreheads doesn’t mean we don’t have any. We have goals, and we care about them just as much as you care about yours. But we see achieving those goals as a journey, not a sprint. We may stop and smell the proverbial roses along the way, but we still stay focused on where we’re going and what we need to do to get there.

2. We have a plan. Just because we’re not barreling from step one to step two at breakneck speed doesn’t mean we don’t have a plan. We do. We just keep it to ourselves and follow it quietly rather than assigning time-keepers and judges to monitor our progress and help us stay on track.

3. We care. Being laid-back is not the same as being disengaged or indifferent. The truth is that we care enough to work at the pace we’re most effective. If we didn’t care, we’d let you rush us even if that compromised quality.

4. We’re content. We think it’s great that you’re so focused on your goals, but we simply don’t think as much about “What’s next?” because we’re pretty happy right where we are. In fact, we Type B people report a higher level of satisfaction with our lives, and that lets us enjoy today without worrying so much about what we’re going to achieve tomorrow.

5. We’re healthier than you are. Overall, we suffer less stress, which can lead to everything from heart disease and insomnia to relationship problems and substance abuse. Our ability to relax not only paves the way for better decision-making, it also helps us maintain a healthy weight, avoid cancer, and fight off infections.

6. We make great friends. We see the best in everyone—including you. Since we don’t view life as a competition, we’re the first to cheer you on and to support you along the way. And we cheer and support you, not just your achievements. We think that Robert Louis Stevenson knew what he was talking about when he said, “Don’t judge each day by the harvest you reap but by the seeds that you plant.”

7. We work best when we’re allowed to color outside of the lines. Don’t give us a paint-by-numbers kit; we’d much rather have a blank canvas and a shiny new palette of colors. While you’re squinting at those small spaces, trying to make sure you stay within the lines, we’re backing up all the way across the room so we can see the big picture.

8. We like group projects. We know you don’t like group projects, and we know why: there are always a few group members who don’t feel that every second has to be accounted for or who don’t share your sense of urgency to do everything NOW! We focus on the process as well as the outcome. We’re happy to share the successes, the failures, and the credit, and we enjoy the give-and-take and collaboration that are part of working with a group, even if it slows things down a bit.

9. We admire and respect you—but we wouldn’t trade places. We’re awed by your drive and by your breathtaking pace. We recognize the rewards that come your way, and we’re impressed. But we’re wise enough to know that we’re not wired that way. We’d be miserable, and so would everyone around us. So, we’re content to hang out in the slow lane and see you at the finish line. We’ll be the ones who are smiling calmly, rather than gasping for breath.

We really don’t mind ceding the limelight to Type A personalities; just don’t count us out. We have a lot to offer, and we want to contribute. We want to succeed at a high level. However, we’d rather enjoy the game and leave the scorekeeping to somebody else. After all, it doesn’t matter until the game is over.