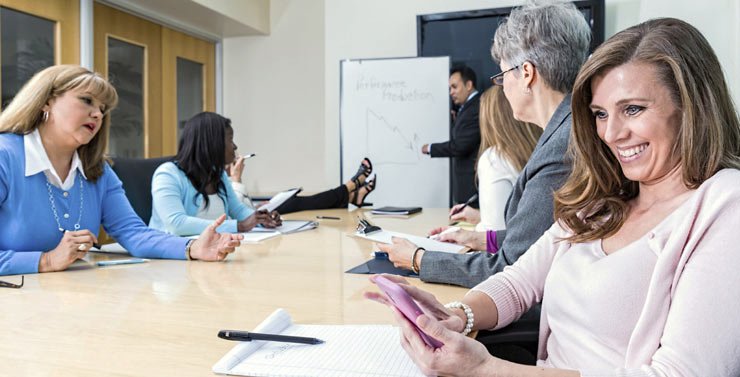 We all reach critical points in our lives where our mental strength is tested. It might be a toxic friend or colleague, a dead-end job, or a struggling relationship. Whatever the challenge, you have to see things through a new lens, and take decisive action if you want to move through it successfully.

It sounds easy, but it isn’t.

It’s fascinating how mentally strong people set themselves apart from the crowd. Where others see impenetrable barriers, they see challenges to overcome.

Too many people succumb to the mistaken belief that mental strength comes from natural, unteachable traits that belong only to a lucky few. It’s easy to fall prey to this misconception. In reality, mental strength is under your control, and it’s a matter of emotional intelligence (EQ).

When it first appeared to the masses, emotional intelligence served as the missing link in a peculiar finding: people with average IQs outperform those with the highest IQs 70% of the time. This anomaly threw a massive wrench into the broadly held assumption that IQ was the most important source of success.

Decades of research now point to EQ being the critical factor that sets star performers apart from the rest of the pack. The connection is so strong that 90% of top performers have high EQ.

Emotional intelligence is the “something” in each of us that is a bit intangible. It affects how we manage behavior, navigate social complexities, and make personal decisions to achieve positive results.

Despite the significance of EQ, its intangible nature makes it very difficult to know how much you have and what you can do to improve it if you lack it. You can always take a scientifically validated test, such as the one that comes with the Emotional Intelligence 2.0 book.

Unfortunately, quality (scientifically valid) EQ tests aren’t free, so I’ve analyzed the data from the million-plus people TalentSmartEQ has tested in order to identify the behaviors that are the hallmarks of a high EQ. This data shows that what you don’t do is just as important as what you do when it comes to EQ.

The beauty of EQ is that it’s a flexible skill that you can easily improve with effort. Absolutely anyone can enhance their EQ by emulating the habits of emotionally intelligent people. If you’re up for it, start with these critical things that emotionally intelligent people are careful to avoid. They consciously avoid these behaviors because they are tempting and easy to fall into if one isn’t careful.

1. They don’t stay in their comfort zone. Self-awareness is the foundation of EQ, and increasing your self-awareness isn’t comfortable. You can’t increase your EQ without pushing yourself to discover what you need to work on and what you should be doing differently. This is hard because when you take a really good look at yourself, you aren’t going to like everything you see. It’s more comfortable to keep the blinders on, but they make certain that you’ll never have a high EQ.

2. They don’t give in to fear. They say that bravery is being scared to death to do something and doing it anyway. Many times, that’s true, even when it comes to your career. The fear doesn’t have to come from something as extreme as rushing into a burning building; it can be a fear of public speaking or going out on a limb to try for a promotion. If you use fear as an excuse not to do something, you’ve already lost. It’s not that emotionally intelligent people aren’t afraid—they simply pick themselves up and fight on regardless of the fear.

3. They don’t stop believing in themselves. Emotionally intelligent people persevere. They don’t give up in the face of failure, and they don’t give up because they’re tired or uncomfortable. They’re focused on their goals, not on momentary feelings, and that keeps them going even when things are hard. They don’t take failing to mean that they’re a failure. Likewise, they don’t let the opinions of others keep them from chasing their dreams. When someone says, “You’ll never be able to do that,” they regard it as one person’s opinion, which is all it is.

4. They don’t beg for attention. People who are always begging for attention are needy. They rely on that attention from other people to form their self-identity. Emotionally intelligent people couldn’t care less about attention. They do what they want to do and what needs to be done, regardless of whether anyone is stroking their ego.

5. They don’t act like jerks. People who act like jerks are unhappy and insecure. They act like jerks because they don’t have the emotional strength to be nice when they don’t feel like it. Emotionally intelligent people place high value on their relationships, which means they treat everyone with respect, regardless of the kind of mood they’re in.

7. They don’t hang around negative people. Negative people are bad news because they wallow in their problems and fail to focus on solutions. They want people to join their pity party so that they can feel better about themselves. People often feel pressure to listen to negative people because they don’t want to be seen as callous or rude, but there’s a fine line between lending a sympathetic ear to someone and getting sucked into their negative emotional spiral. Emotionally intelligent people avoid getting drawn in by setting limits and distancing themselves from negative people when necessary. Think of it this way: If a person were smoking, would you sit there all afternoon inhaling the second-hand smoke? You’d distance yourself, and you should do the same with negative people.

10. They don’t close their minds. When people close their minds to new information or opinions, it’s typically because they find them threatening. They think that admitting that someone else is right means that they’re wrong, and that’s very uncomfortable for people lacking EQ. Emotionally intelligent people aren’t threatened by new things; they’re open to new information and new ideas, even if it means admitting that they are wrong.

11. They don’t let anyone limit their joy. When your sense of pleasure and satisfaction are derived from comparing yourself with others, you are no longer the master of your own happiness. When emotionally intelligent people feel good about something they’ve done, they don’t let anyone’s opinions or accomplishments take that away from them. While it’s impossible to turn off your reactions to what others think of you, you don’t have to compare yourself with others, and you can always take people’s opinions with a grain of salt. That way, no matter what other people are thinking or doing, your self-worth comes from within. Regardless of what people think of you at any particular moment, one thing is certain—you’re never as good or bad as they say you are.

12. They don’t get eaten up by jealousy and envy. Emotionally intelligent people understand that the happiness and success of others doesn’t take away from their own, so jealousy and envy aren’t an issue for them. They see success as being in unlimited supply, so they can celebrate others’ successes.

13. They don’t live in the past. Failure can erode your self-confidence and make it hard to believe you’ll achieve a better outcome in the future. Most of the time, failure results from taking risks and trying to achieve things that aren’t easy. Emotionally intelligent people know that success lies in their ability to rise in the face of failure, and they can’t do this if they’re living in the past. Anything worth achieving is going to require your taking some risks, and you can’t allow failure to stop you from believing in your ability to succeed. When you live in the past, that is exactly what happens—your past becomes your present and prevents you from moving forward.

Improving your emotional intelligence is the single most important thing you can do to advance your career. The good news is that you can make it happen with a little determination, effort, and a good model to follow.